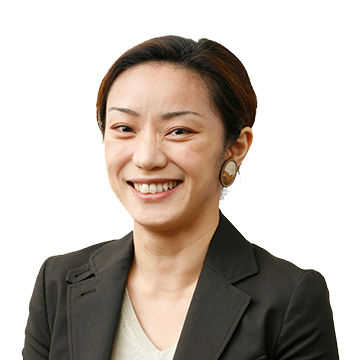 Kae Nemoto is an Professor in the newly formed Quantum Information Sciences group at NII. Her research interests and efforts are currently focused around 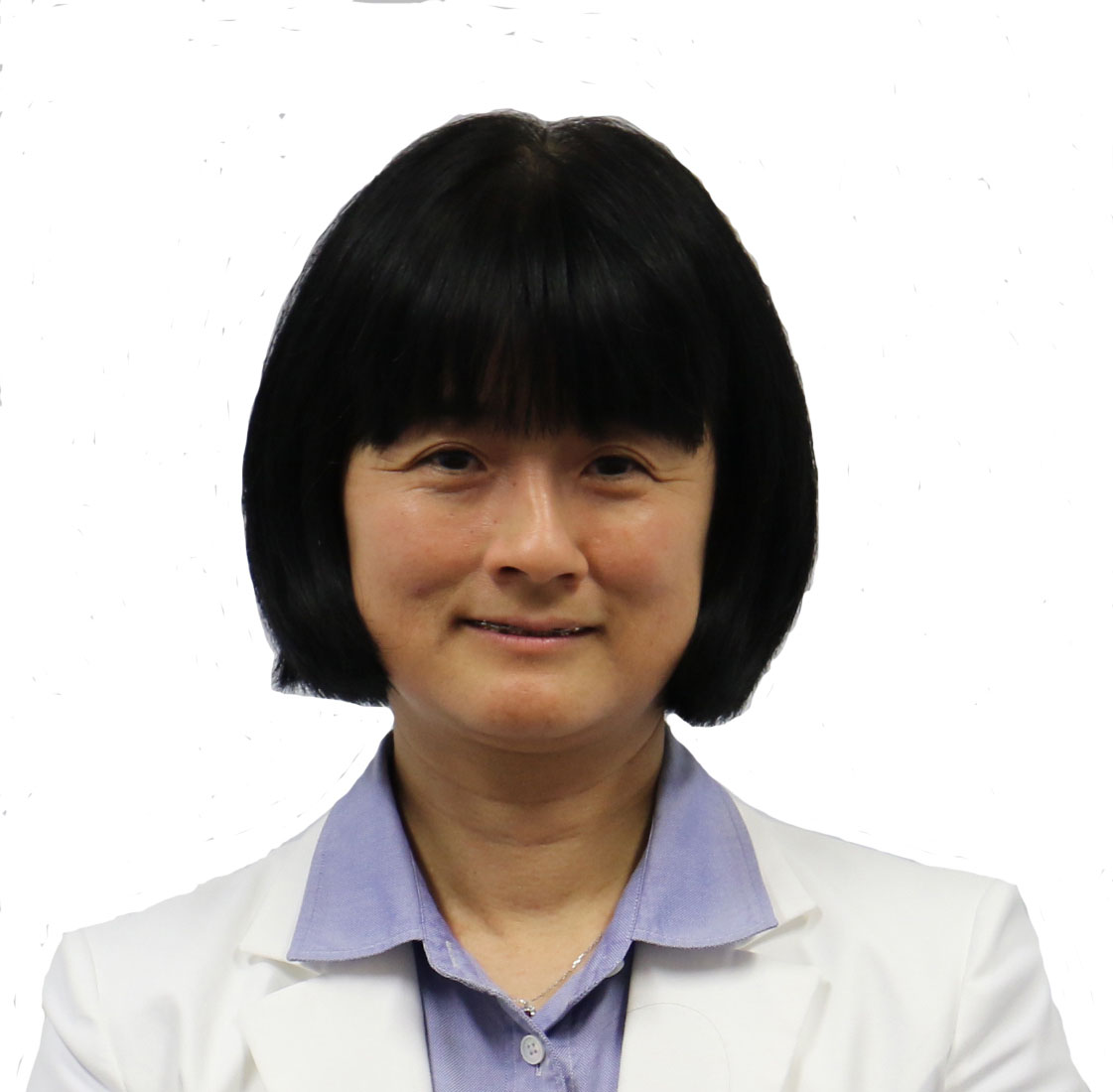 Chikako Uchiyama is a visiting Professor at NII as a participant of the ROIS exchange program at ROIS. She is a Professor at Univ. of Yamanashi. 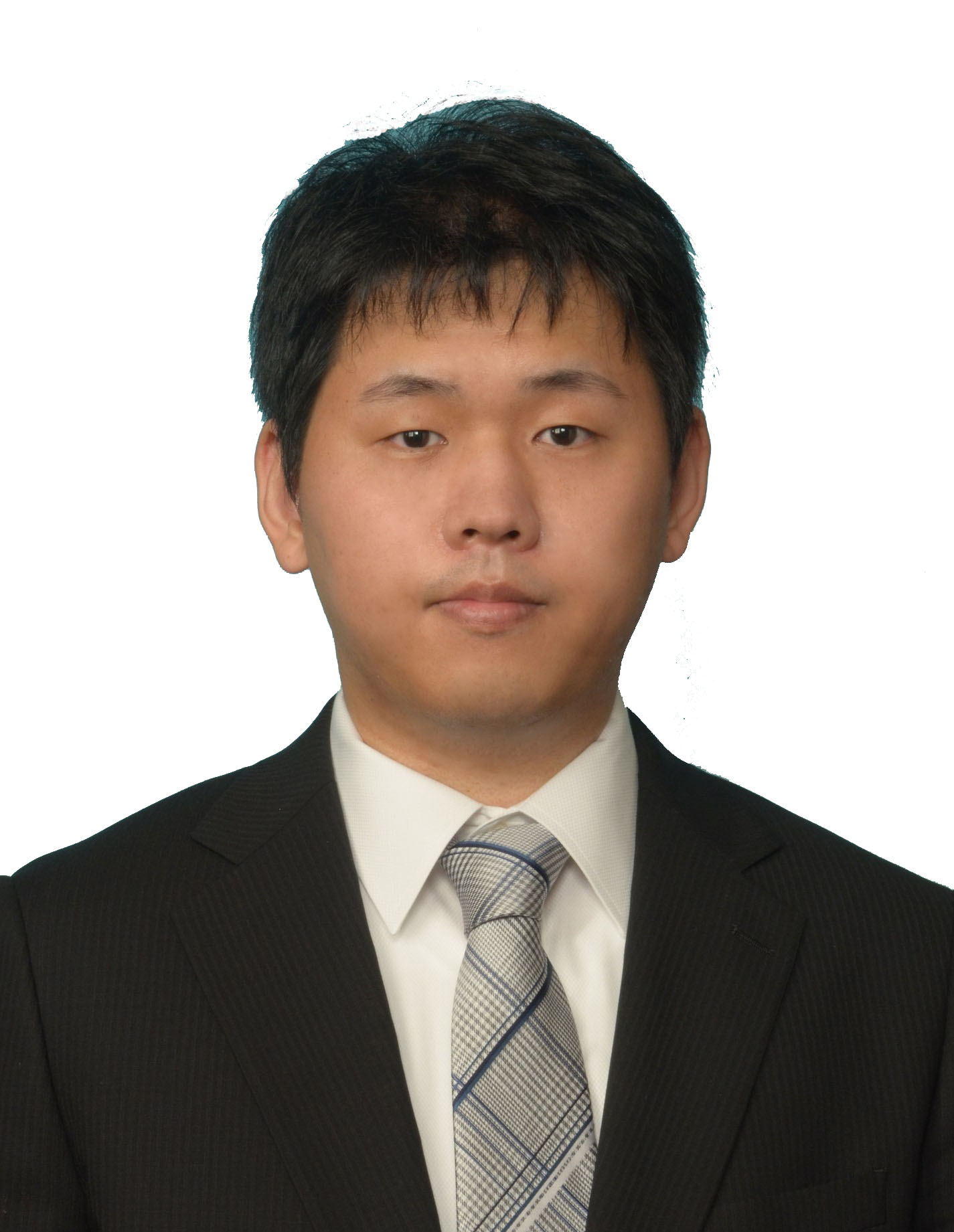 Fumiaki Matsuoka studied quantum optics and quantum information processing at the Hokkaido University, Japan. In NII, his duties are management of the Global Research Center for Quantum Information Science. 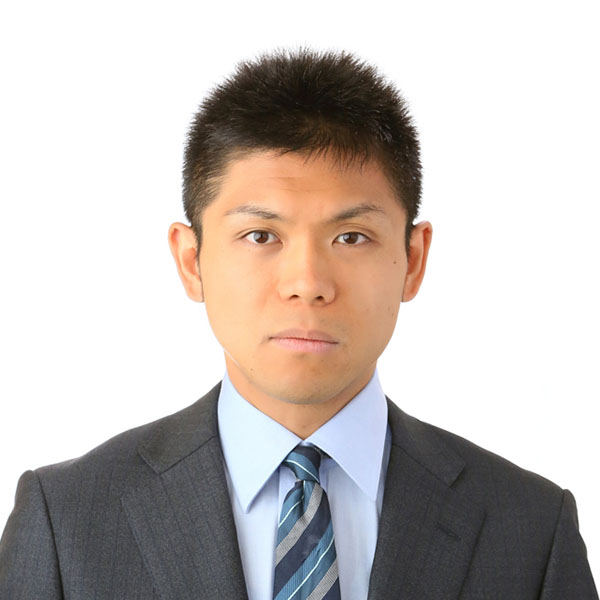 Yusuke Hama received a Ph. D. in Physics from the University of Tokyo in 2015. For his Ph. D. thesis, he has worked on the Nambu-Goldstone mode as a collective excitation mode of electron spin and/or pseudo spin (layer) in bilayer quantum Hall systems. He was a special postdoctoral researcher at RIKEN working on nuclear spin relaxation in quantum Hall systems and magnetic topological insulator. His current research interests focus on many-body physics as well as non-equilibrium phenomena and associated functionalities in hybrid quantum systems from solids to biological systems. 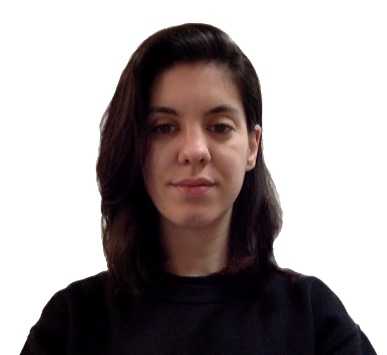 Marta P Estarellas received her European Master's Degree in Theoretical Chemistry and Computational Modeling (Honours) in 2014 at the University of the Balearic Islands. She then simultaneously started a degree in Computer Engineering at the Open University of Catalonia and a PhD in Physics at the York Center for Quantum Technologies (UK), which she obtained in 2018. With a strong interest in emerging technologies related to quantum computing and communications, machine learning and modern computer architectures, she decided to join the QIS group at NII as a postdoctoral researcher in June 2018. Her current research interests focus on the dynamics of spin systems, architectures and compilation on large-scale quantum computers and machine learning applied to quantum problems. 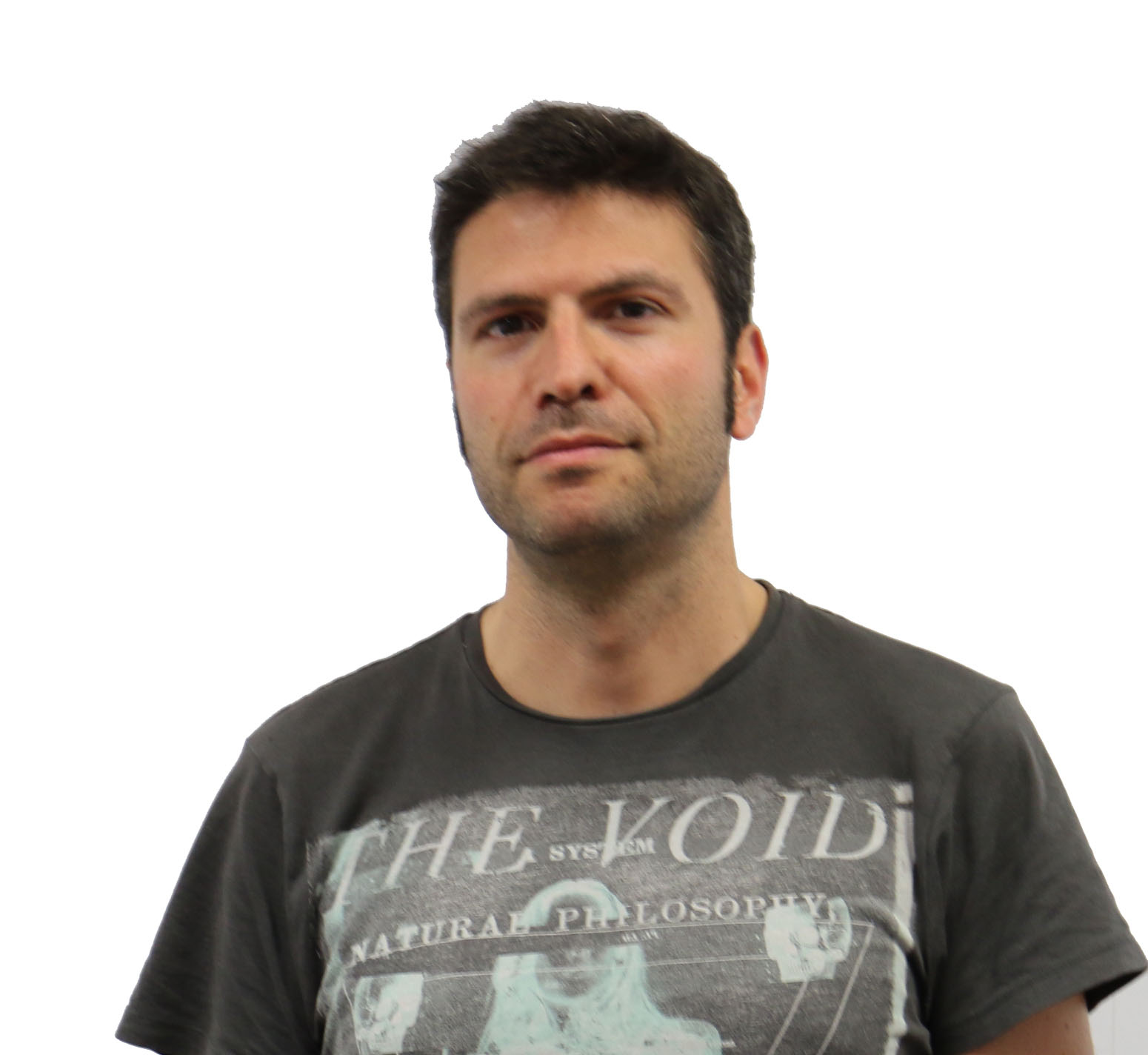 Nicolo Lo Piparo, received his M.Sc. degree (with honors) in theoretical physics from the University of Catania, Catania, Italy, in 2010. He received the Ph.D. degree at the School of Electrical and Electronic Engineering, University of Leeds, Leeds, UK in February 2015. He continued his studies at the University of Leeds as a Postdoctoral fellowship under the supervision of Dr. Mohsen Razavi. Since December 2016, he started a JSPS fellowship at the National Institute of Informatics in Tokyo, Japan. His research interests include a variety of topics in quantum mechanics, as well as in quantum cryptography, quantum mechanics foundations and quantum field theory. 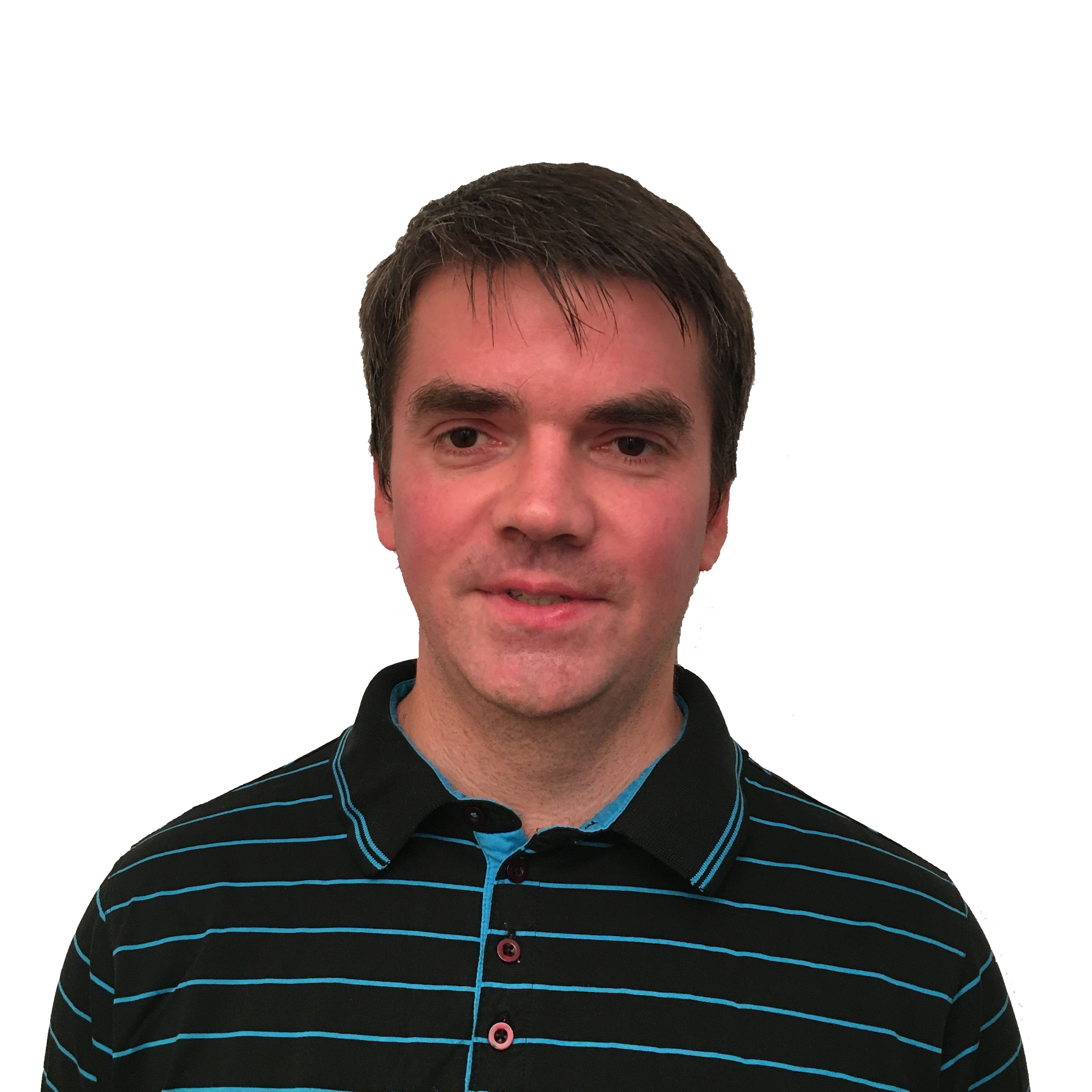 Dr Claude Gravel has worked in the industry and government as a statistician and mathematician while studying and collecting diplomas. He also lectured for three years at McGill university. He has publications in quantum computing, probability theory, and finite fields. He likes to bridge gaps between different areas of science. Further information can be found at linkedin.com/in/claude-gravel-6b0b02169 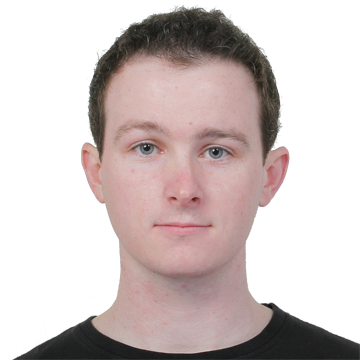 In his 2000 paper "The Physical Implementation of Quantum Computation", DiVincenzo defined five canonical requirements for quantum computation and two additional ones for quantum communication. Subsets of these requirements have been met in various physical systems, but no single system currently fulfills all of them. This is, nonetheless, an exciting time for quantum technologies, and quantum communication at distances beyond the limits of direct optical channels appears to be the next landmark on the road to their development. I am interested in developing quantum communication as a stepping-stone toward large-scale quantum computation. To that end, I pursue a modified subset of DiVincenzo's requirements that appear both necessary for large quantum communication networks and also likely to contribute in the future toward the construction of a quantum computer: The identification of a scalable physical system with well-characterised qubits and decoherence times much longer than operation times (potentially encoded for quantum error correction), and the high-fidelity implementation of a common, though not necessarily universal, set of quantum operations that includes initialization and measurement. My recent work includes theoretical estimates of the achievable operational fidelity when measuring the state of a single nitrogen--vacancy center coupled to an optical cavity, and of the impact of local information on the logical error rate of the surface code in quantum error correction. 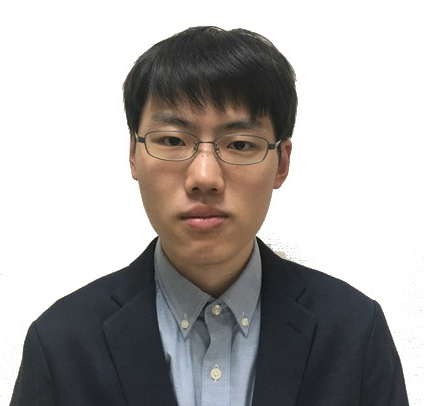 Akitada Sakurai received a master?s degree at the Tokyo Institute of Technology. In a master's degree, he studied a numerical many-body theory of atoms and molecules. He joined this group as SOKENDAI?s Ph.D. student (three-year course) in 2019. His recent research interests are many spin system interacting with the cavity, and the Floquet theory using to analyze time periodical dynamics. Currently, he is strongly interested in an implementation of the theoretical system into practical quantum chips, for instance, superconducting qubits. 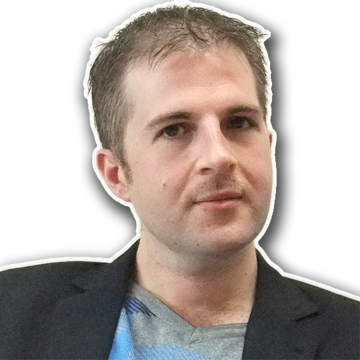 In 2000 completing a Bachelor of Science (Honours) in Physics in 2003. He then continued with a Ph.D, under the supervision of Prof. Lloyd Hollenberg at the Center for Quantum Computer Technology at the University of Melbourne which was completed in 2007. His thesis was under the general heading of Quantum Engineering, where several topics were covered, from numerical error analysis of Shor's factoring algorithm and error correction protocols to the development of experimental protocols to characterize qubit systems. Currently Simon is working on developing scalable architectures for large scale quantum computing, analytical analysis of quantum purification protocols and control pulse designs for superconducting systems. 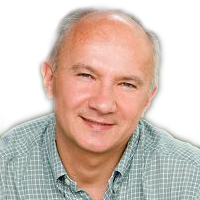 Gerard Milburn obtained a PhD in theoretical Physics from the University of Waikato in 1982 for work on squeezed states of light and quantum nondemolition measurements. He is currently an Australian Research Council Federation Fellow at the University of Queensland and Director of the new Australian Research Council Centre of Excellence in Engineered Quantum Systems. Gerard Milburn is a Fellow of the Australian Academy of Science and The American Physical Society.

He has worked in the fields of quantum optics, quantum measurement and stochastic processes, atom optics , quantum chaos, mesoscopic electronics, quantum information and quantum computation, and most recently in quantum nanomechanics and superconducting circuit QED. He has published over 200 papers in international journals, with over 10,000 citations, and h index of 53. He has published four books. Together with Dan Walls he published one of the first texts on Quantum Optics (Springer 1994), recently updated with a new edition (Springer, 2008), and two non technical books on quantum technology and quantum computing (Schroedinger's Machines, Allen and Unwin, 1996; The Feynman Processor, Allen and Unwin 1998). A new book "Quantum measurement and Control" with Howard Wiseman, was recently published by Cambridge University Press.

Bill graduated in 1989 with a BSc in Chemistry and Physics (Waikato, New Zealand), followed by an MSc in Physics (Waikato) in 1991 and a DpPhil in Quantum Optics (Waikato) in 1994. He moved to the computer industry in early 1995 where he worked on various projects. In July 1997 he accepted an Australian Research Council Fellowship at the Department of Physics in the University of Queensland, Australia. During this fellowship he investigated multiparticle tests of quantum mechanics and developed an interest in entanglement, methods to characterize it and its practical use in QIP. In 2000 he became a senior researcher in the Australian Special Centre for Quantum Information Processing). In November 2000 Bill joined HP Labs as a research scientist and was instrumental in HP's development of quantum enabled technologies. In early 2010 he moved to Japan and joined NTT BRL as a research specialist. This was followed in 2014 by being promoted to senior research scientist and became BRL's first foreign group leader. He currently runs the theoretical quantum physics research group. 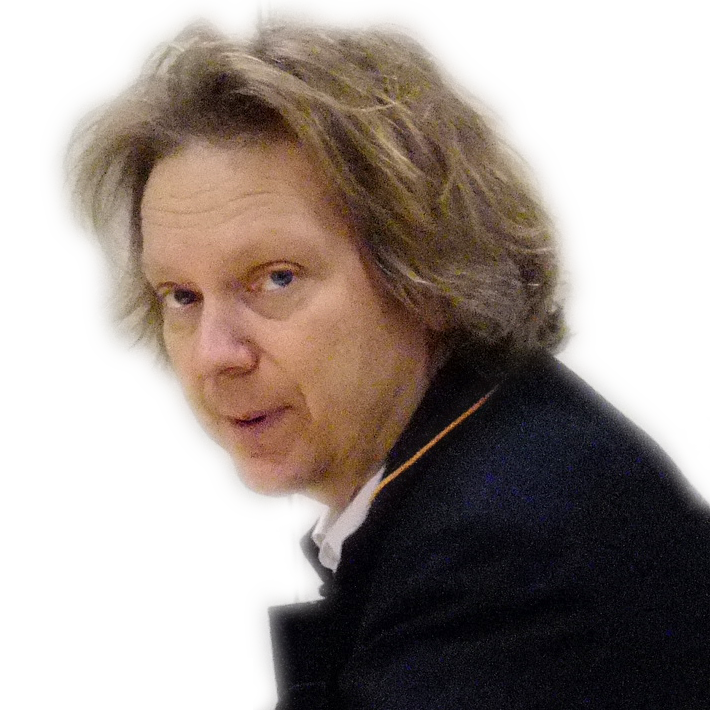